6 Train up a child in the way he should go, And when he is old he will not depart from it.

From the time Ryan was a little boy, I would tell him…."Ryan…41319!" I would say these five little numbers to him when he was leaving me for the day for school, up to bat in a baseball game or whenever he was facing a challenge in his life. I continued to say these numbers to Ryan as he grew into adulthood. I would say them to him, sign them in his birthday cards, Christmas cards and other occasion cards. I would also text message them to him and email them to him throughout his life. The last email I sent Ryan when he was in Afghanistan I signed, Love mom “41319”

These numbers represent two scriptures which I believe were two of Ryan's favorites. They are:

Philippians 4:13 … I can do ALL things through Christ who strengthens me.

Joshua 1:9 … Be strong and courageous. Do not be afraid; do not be discouraged, for the Lord your God will be with you wherever you go."

These numbers represent the living word of God!

Little did I know that as the Holy Spirit gave me these numbers to teach my little boy to never be afraid to face any challenge in his life because God would always be there for him, that these little numbers would be Ryan’s platform for Jesus Christ someday.

After Ryan’s crash, these numbers exploded. The Lord spoke to my heart to trademark them and the birth of Ryan’s 41319 foundation began.

I pray that this ministry will be a blessing and encouragement to all who God brings across its path. 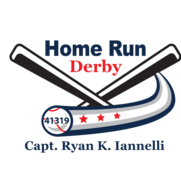 Mission Statement: ​Our mission is to support and help those in need whom God brings across our path as we share Ryan’s story.

All changes to navigation need to be done manually to each page.

This site has no shared navigation.